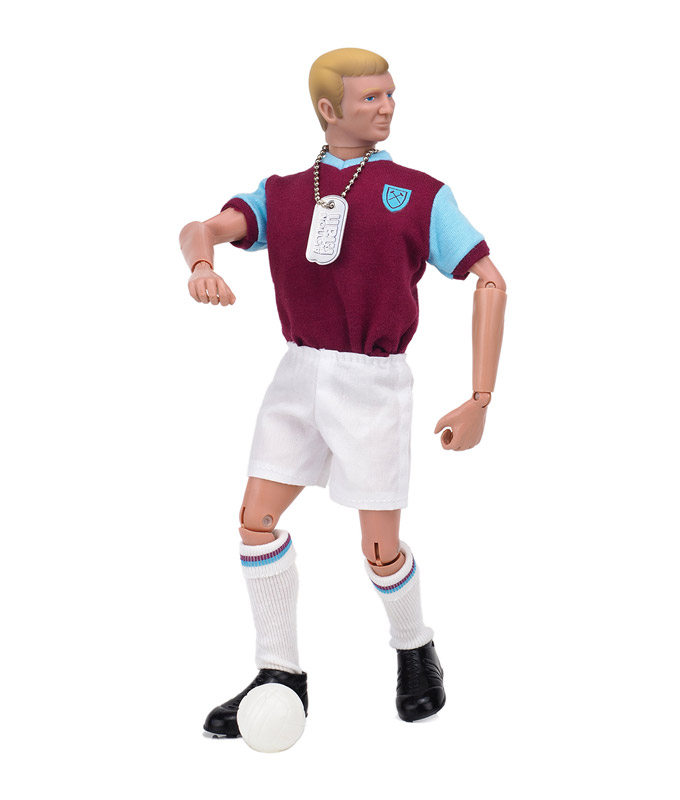 Celebrate the 60th Anniversary of one of West ham United's greatest legends with this limited edition Bobby Moore Action Man.

Bobby Moore made his West Ham United debut at the age of 17 against Manchester United in September 1958. The Hammers have worn Claret and Blue shirts like this one since 1903 – the year before the Club changed its name from Thames Ironworks to West Ham United. Barking-born Moore went on to make 647 appearances, captaining the Hammers to 1964 FA Cup and 1965 European Cup Winners' Cup glory.

The four-time Hammer of the Year also led England as the Three Lions won the FIFA World Cup in 1966. This Limited Edition Action Man, has been produced in honour of his extraordinary career.

Only available to purchase from the West Ham United FC shop, or www.officialwesthamstore.com. 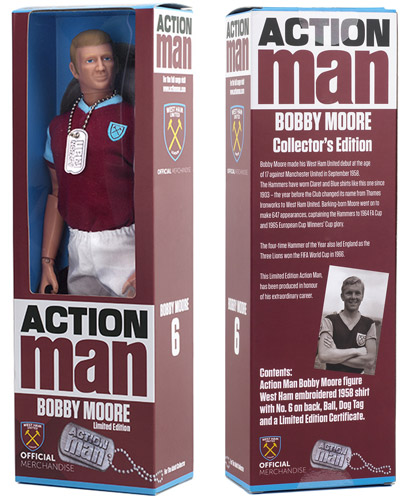 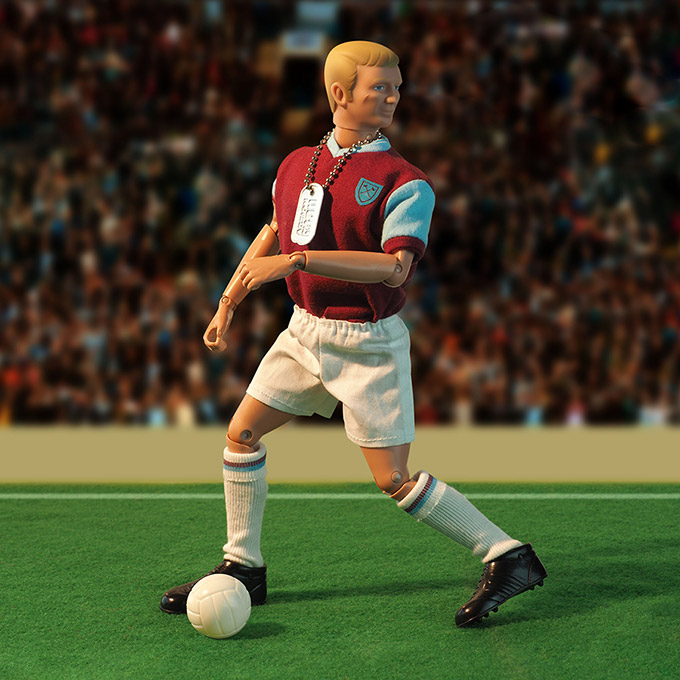 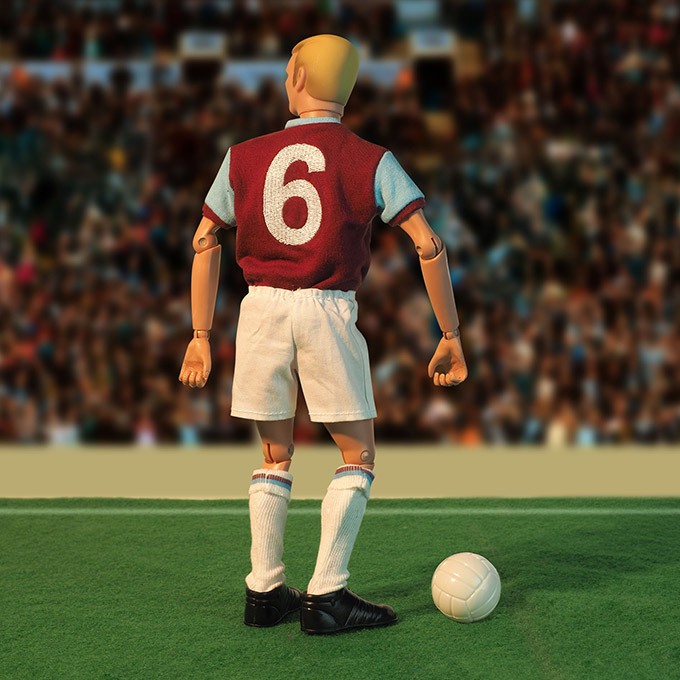 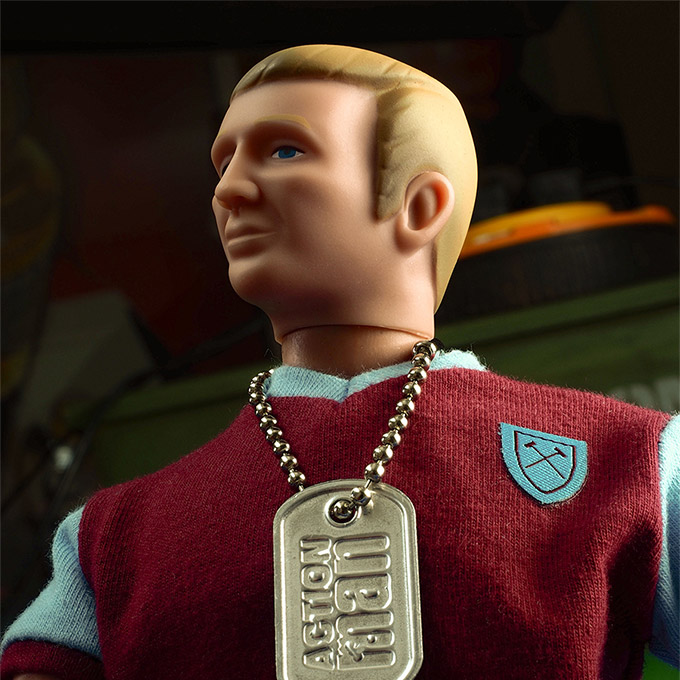 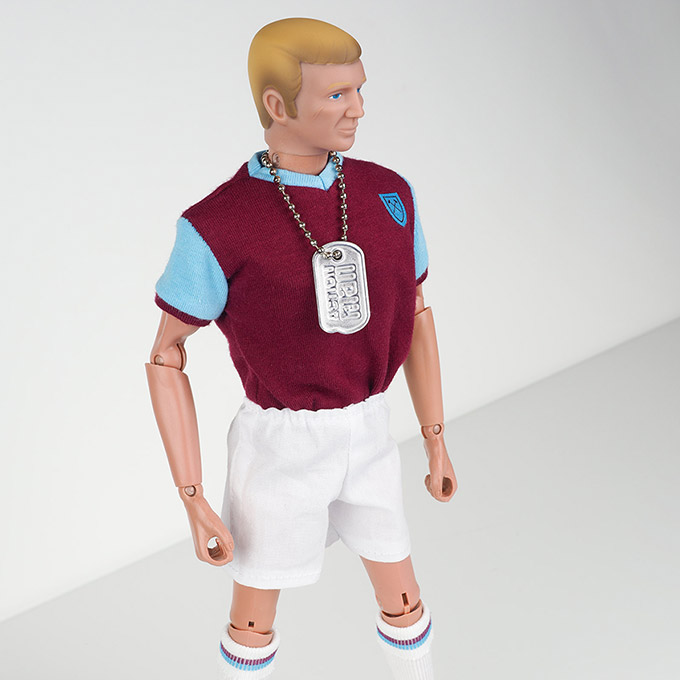 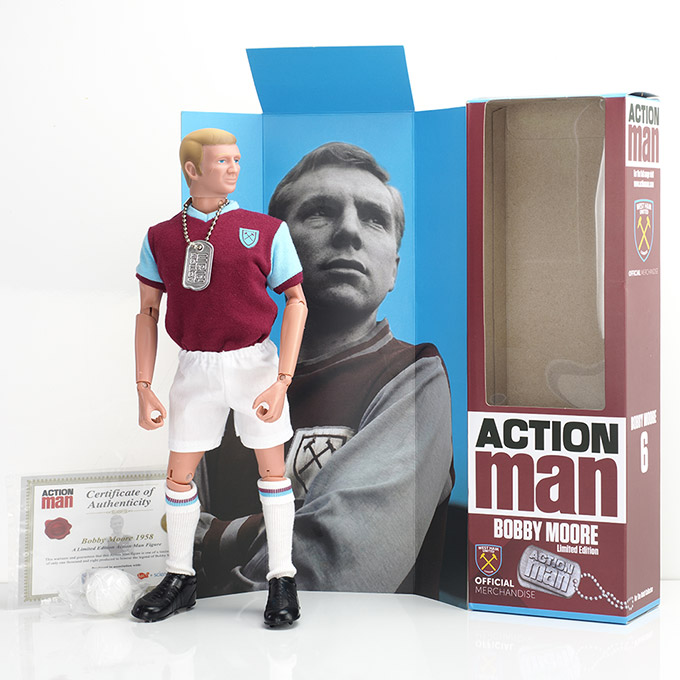